The Crestview Church of Christ in Wichita Falls

Therefore do not be unwise, but understand what the will of the Lord is.
– Ephesians 5:17

For many, the Bible can be difficult to understand; however, as Ephesians 5:17 shows, God fully intends for us to know His Word. To do so, it is first necessary to differentiate the Old Covenant (Old Testament or the Law of Moses) from the New Covenant (New Testament).

In reference to religion, a covenant is simply defined as an agreement that directs and guides the lives of God’s people. Although both the Old and New Testaments are the inspired Word of God and profitable “… for doctrine, for reproof, for correction, for instruction in righteousness” (2 Timothy 3:16; Romans 15:4), we must abide by the correct covenant lest we live contrary to God’s will.

In this lesson, we will search the Scriptures to explore the following:

Extolling the covenant that Jesus ratified by His blood, Hebrews states:

But now He has obtained a more excellent ministry, inasmuch as He is also Mediator of a better covenant, which was established on better promises. For if that first covenant had been faultless, then no place would have been sought for a second (Hebrews 8:6-7) 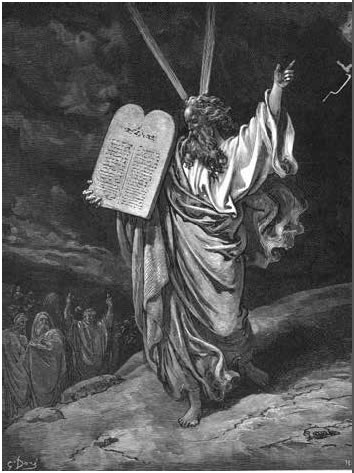 In Hebrews 9:8, the first covenant is identified as the Law given by God to guide Israel, “… not according to the covenant that I made with their fathersin the day when I took them by the hand to lead them out of the land of Egypt; because they did not continue in My covenant, and I disregarded them, says the LORD.” When Israel was led out of the bondage of Egypt she eventually found herself at Mount Sinai. On this special mountain, God delivered His Law to Moses; Exodus 19:16-19 tells the memorable story.

Later, Exodus 31:18 records, “And when He had made an end of speaking with him on Mount Sinai, He gave Moses two tablets of the Testimony, tablets of stone, written with the finger of God.” Thus, the first covenant was given to Moses to guide and direct the Jews. It was the giving of this law that provided the Ten Commandments. They have been respected by Bible-believing people ever since.
The second covenant was the law given by God to guide Christians. Hebrews teaches:

For if that first covenant had been faultless, then no place would have been sought for a second. Because finding fault with them, He says: “Behold, the days are coming, says the LORD, when I will make a new covenant with the house of Israel and with the house of Judah” (Hebrews 8:7-8).

The reason God gave a second covenant, the New Covenant, was that the first was incomplete by design in that it did not have a provision for absolute forgiveness. In Hebrews 8:13, we find, “In that He says, ‘A new covenant,’ He has made the first obsolete. Now what is becoming obsolete and growing old is ready to vanish away.”

These verses undeniably speak to the replacing of the first, imperfect covenant with the second, better covenant, which was mediated by Jesus Christ. Speaking of the two covenants in Galatians 4:22-28, Paul presents an allegory concerning the two sons of Abraham and the two covenants. 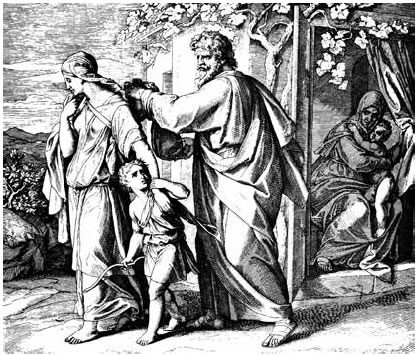